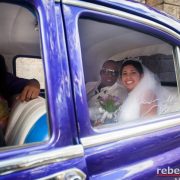 The United States recently announced an easing of restrictions on travel to Cuba, and I vowed to set foot in Havana before Starbucks did!

In the 1980s, I was a photography student in South Florida, and I became fascinated with Latin America culture. Since I was from suburban Philadelphia, I hadn’t even tasted black beans. In the following years, my photographic adventures led me south to Brazil, Argentina and Peru, and I even studied Spanish in Central America. But Cuba was the elusive country I couldn’t easily visit, until a few weeks ago.

In February, I spent a week exploring Havana and, of course, photographing everything along the way. I’m a wedding photographer, and I hoped to document a typical wedding. However, street photography will always be my first love. And in Havana, the enchanting streets are just chock-full of photographic possibilities.

Havana, the capital, boasts amazing architecture — however, most of it is literally falling to pieces. The buildings and plumbing are in terrible disrepair. The sidewalks are in such poor shape that I gave up my walking clogs, switched to sneakers and still tripped and fell, cracking a camera lens. Two handsome men picked me up and were gone before I could even mumble “gracias.”

I stayed with a family in a bed and breakfast, called a casa particular. I was presented a set of five keys to help me navigate the elaborate maze of doors, iron gates, and locks needed to enter and exit. (My fire escape plan consisted of jumping from our balcony to a neighboring balcony, like Spider-Man.) The family was lovely and knew some English, and the 21-year-old son was a Santería priest. I hired him to secure enough bottled water for the week, since that project would’ve taken me an entire day. And he sprinkled some of his special holy water around my head, too.

For the two weeks before my trip, I refreshed my Spanish and contacted some photographers in Cuba. A professor at the University of Havana asked me to show my images at his private photography school, held in what he called a “garage.” We had a torrent of rain that afternoon, and the students could not attend because the bus system shuts down during the rain. So, we had a cozy bilingual chat with a few students in the professor’s glorious dining room in his upscale home. I never did understand the “garage” reference.

The prevalence of autos from the 1950s in Havana is a cliché familiar to Americans. It’s estimated that 60,000 vintage cars are still in use on the island. The biggest tourist faux pas possible is to slam a car door, which could damage these precious relics. I learned that at the airport when I climbed into my taxi, a 1956 Studebaker. And it’s not just the cars that show off Cuban resourcefulness — disposable lighters are not tossed out but refilled; flan is “baked” in beer cans; and palm fronds are fashioned into brooms.

The most surprising thing about my visit was my feeling of safety. Walking around with my expensive camera gear, I felt more secure than in most of Philadelphia. I hadn’t considered bringing my 13-year-old along for the trip, since I felt it couldn’t possibly be safe enough for my comfort, but Cubans spoke of the U.S. as being a dangerous place to live.

My 56-year-old guide at Havana’s Colon Cemetery gave me a long embrace that brought tears to my eyes. She told me how glad she was that Cubans and Americans could be friends again. I’m already planning another trip to Cuba, and this time I’ll be taking my teenage daughter with me. She needs to get there before Starbucks, too!

We are so proud to announce a partnership with the Blue Note Jazz Club for Cuba trips!! I couldn’t be happier with this partnership not just because of their prestigious name but also their dedication to promoting great music worldwide.

Itineraries Now Available With Travel Dates Beginning in May

The division’s portfolio of offerings will include unique trips to various music festivals around the world (featuring amenities such as VIP seating/access and artist meet-and-greets, among others) as well as rare travel opportunities with world renowned musicians and personalities.

While several destinations will be announced in the coming weeks, Blue Note Travel is proud to launch with Cuba as its first destination. Multiple Cuba itineraries are now available for purchase, with travel dates as early as May 2015. Visit bluenotetravel.com for information.

“Over the years, many of our venue patrons have inquired about music-centric trips to prime destinations and music festivals around the world,” says Steven Bensusan, President of Blue Note Entertainment Group. “With Blue Note Travel, we can finally offer music fans unique travel experiences using our direct access to the world’s finest musicians, music festivals and colleagues in global markets. We’re particularly excited to launch Blue Note Travel with Cuba as our first destination, given the recent political developments.”

For its Cuba offerings, Blue Note Travel formed a partnership with Cultural Island Travel in October 2014 (prior to the Obama administration’s announcement of the U.S. updated policy toward Cuba in December 2014). Cultural Island Travel has been a leader in offering distinctive cultural exchanges for patrons between Cuba and the U.S. since 1999 (with an emphasis on music and dance). The organization is one of the few entities that is legally permitted to conduct people-to-people travel (which classifies trips as genuine cultural exchanges), authorized by the U.S. Treasury’s Office of Freight Assets Control (OFAC)

“Cuba is widely considered to be one of the hot spots of jazz – an inspiration to the likes of Charlie Parker, Cab Calloway and Dizzy Gillespie and a perennial source of enjoyment to listeners. Notwithstanding political tensions, there continues to be a prevailing affinity between Cuban and American jazz musicians and audiences,” says Shabi Samoohi, President of Cultural Island Travel and Direct From Cuba, an organization that represents and arranges concerts and programs for various Cuban musicians in New York City. “This partnership with Blue Note Travel is therefore a natural outgrowth and a re-invigoration of our commitment at Cultural Island Travel to fostering first-rate cultural, musical and artistic exchange between U.S. and Cuban citizens.”

“With our access as well as Cultural Island Travel’s long standing relationship with Cuban musicians, we look forward to engaging in wholly unique cultural exchanges between Cubans and U.S. citizens, with an emphasis on music, dance, and visual art, in ways that are sure to be unforgettable for both parties,” adds Bensusan.

Available Blue Note Travel Cuba itineraries include “City & Countryside,” which spotlights Havana’s urban life with an escape to the countryside (available May 7-11 and July 2-6); “Cuba Past & Present,” highlighting Cuba’s central countryside, focusing on the country’s history with a vintage theme (available June 10-16); “Havana Weekend,” designed for busy people who want to full experience Cuba’s vibrant capital city on a short schedule (available June 19-22); and “Havana, Santiago & Baracoa,” spotlighting visits to three of Cuba’s most dynamic cities in one trip experience (dates to be announced).

All Cuba itineraries will feature special activities such as exclusive dance and jazz performances, gallery and museum visits, among other opportunities that highlight Cuba’s rich arts and cultural community. 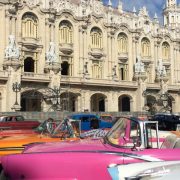 Cars, Cars, and Cars! We never get tired of Cuba’s gorgeous American classic cars. Cuban mechanics aka magicians have a way we them. They are still running after over fifty years and some of them were fully restored to their former glory. Take a classic convertible car ride soon in Havana, one of the most fascinating cities on Earth!

See photos of classic cars lined up in front of the Teatro Garcia Lorca (The Grand Theater) and the Capitol building! 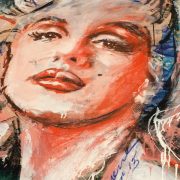 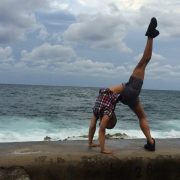 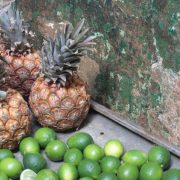 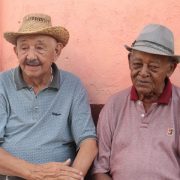 A custom photo trip to Cuba helped me see Cuba in a completely different light. We took our time, street by street and I wanted to share some of our photos with you. We covered the real and non-touristic Cuba that are not on any other photographic itineraries. We focused on authentic Cuban neighborhoods and saw the passion of the Cuban people through a lens. These photos were taken by Shabi Samoohi in February 2015. 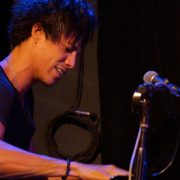 “We have not heard a talent like this in years. They are already saying that he will be the one to save Latin Jazz and remind everyone that the greatest musicians with most fire are Cuban.”
– Wendy Oxenhorn, Jazz Foundation of America
Jorge Luis Pacheco Campos is a virtuoso pianist, vocalist, percussionist, composer, and arranger who “defies genre,” according to Monty Alexander. He has collaborated with such artists as Chucho Valdés, Arturo O’Farrill, and the Jazz at Lincoln Center Orchestra with Wynton Marsalis during its historic trip to Cuba. Tonight, he leads a quartet of piano, bass, drums, and congas. While grounded in Cuban jazz, the group’s modern approach includes heady rhythmic shifts, breakneck pace, and exciting compositions that highlight Pacheco’s experience writing for solo performance and small groups as well as a string symphony and documentary scores.

daily at the club

Exciting News! Cuba has reopened as of Nov. 15, 2021. Call us today for more information on a trip to Cuba!!
Hello. Add your message here.